Women across the UK have been left with enlarged ends and longer locks than usual due to hairdressers shutting down during lockdown – and the Duchess of Cambridge is no different.

The locks of her tan hair fell on her left shoulder as she spoke with nurses from Coventry University Hospitals and Warwickshire NHS Trust via a video link on Thursday to hear about their work and thanking them for their efforts.

Celebrated stylist James Johanson explained that the Duchess, who is in confinement with her family at Anmer Hall, Norfolk, is setting an example by styling her hair and letting her style grow.

Locking locks! Kate Middleton, 39, showed significantly longer hair during her recent virtual post. She joined the NHS staff on a video call to thank them for their hard work 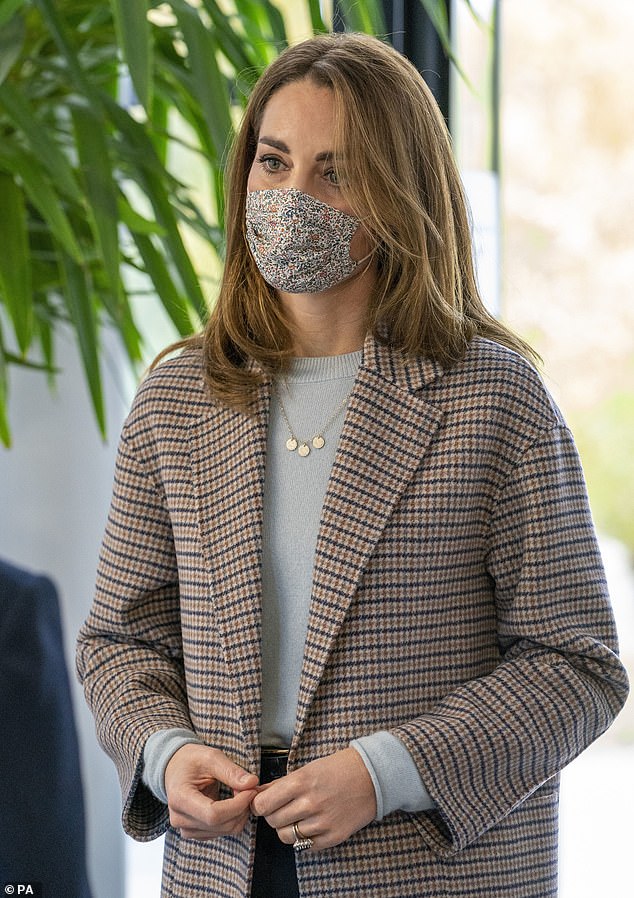 Shorter Style: The Duchess of Cambridge’s style was shorter and shorter in October when she visited students at the University of Derby. A designer said Kate was “a role model.”

He told Femail, “ Fewer edges gave her hair time to grow back in, and there’s no doubt that reducing styling encouraged her hair to look healthy!

“ Just like many at the moment, I think the closure has forced many to try new styles that they wouldn’t normally do before closing, so the extended length hair really suits her.

Less movement and shine is a trend buzz, once again proving why it is a hair symbol.

The Duchess of Cambridge’s hair looked longer before Christmas but she wore it in thick curls that made it appear shorter than it was.

Hair straightening, as I did on the latest video call, reveals the full length.

The Duchess of Cambridge appeared ready to work for the video call with NHS staff on Tuesday, wearing a crisp white shirt under a classic jacket.

In keeping with her “less is more” design style, Kate kept her accessories simple and added a delicate necklace and a pair of simple drop earrings. 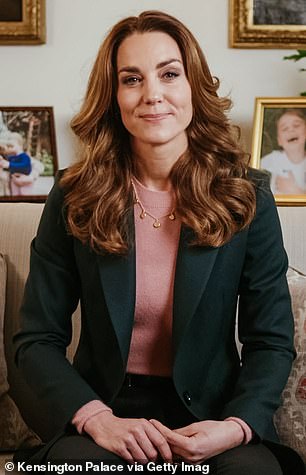 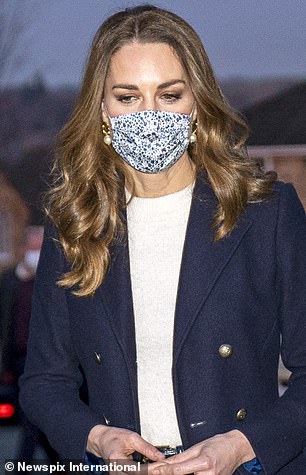 Curly Kate! The Duchess of Cambridge’s hair was actually looking long in November (left) and December (right) but looked shorter due to the voluminous curls. 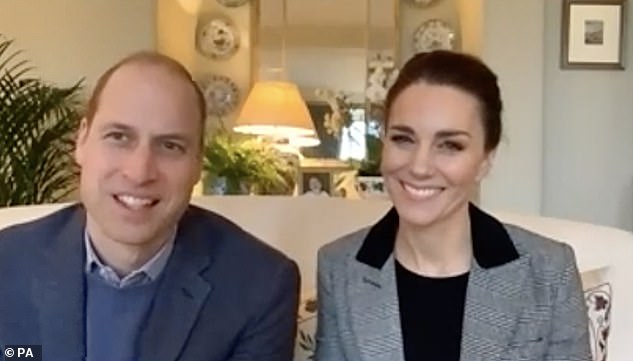 Fuss-Free Style: The Duchess of Cambridge pulled her hair when she joined Prince William for a video call earlier this month (pictured)

During the call, Kate heard the touching story of a senior nurse holding the hand of a dying patient and playing his favorite band, Bon Jovi, after his wife could not reach his bed.

Kate praised Vasu Lingappa for skipping the “ extra mile ” and shared a lighter moment with an NHS worker who joked that the patient’s wife wanted him to sing rock band songs – but turned down due to his strong Asian accent.

She made the call from Queen Sandringham’s estate on Tuesday, after the king and Prince William loaned her the residence to use as a business base during the lockdown.

The large property in Norfolk is currently empty because the King and Prince Philip are in Windsor to close and it is not open to the public.

The Duke and Duchess stay along the road with their children in the 10-bedroom Anmer Hall but set up a small makeshift office with their staff in Sandringham. 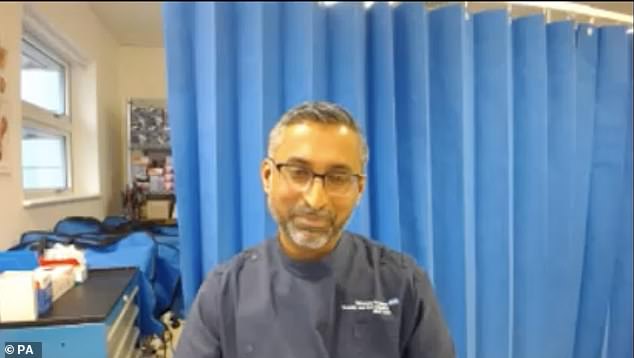 Wearing a stylish black jacket and white top, Kate, 39, spoke to nurses from Coventry University and Warwickshire NHS Trust via the video link (above) to hear about their work and thank them for their efforts during the pandemic.

During the call, Mr Lingappa, critical care outreach practitioner, told the Duchess: “Lots of people are dying and usually our families have surrounded them for the past hour, but we are unable to do so.

And if I can give you a little example, we had a gentleman and unfortunately he was dying, so we talked to his wife and she said, ‘I can’t come to see him but can you make sure you’re singing Bon Jovi and holding his hand? ‘.

And I said, “If I sang Bon Jovi with my accent, that wouldn’t be right.” So I pulled out my phone and played a YouTube video of Bon Jovi and held his hand.

He continued, “ It was difficult, but as I said earlier, I am surrounded by some amazing people with a lot of skills and inspiring stories.

“We are (some) nurses working in critical care for 30 years, 35 years, 40 years – so there’s nothing they haven’t seen, but it’s unprecedented.”

After hearing the emotional story, Kate told the nurses: “You hear again and again about the amazing things nurses are doing all over the country – going that extra mile.

I think that’s what matters a lot now, these kind acts of the patients you care for, who are in your care, and family members are not able to be there, but you will put in the extra effort and you will be there. ”

By Shirley Taylor 5 uur ago

By Shirley Taylor 13 uur ago

By Shirley Taylor 21 uur ago